The inward area is the first place of loss of true Christian life, of true spirituality, and the outward sinful act is the result.” – Francis Schaeffer

I hate being a bad news bearer. But there’s no getting around it. This passage is the sad sequel to Sodom’s destruction (Genesis 19:1-29).

The angels—who admonished Lot to flee to the mountains—granted Lot’s request to flee to a nearby town instead (Gen. 19:18-22). But fear prompted him to move further away from the burning sulfur’s ashes. With his wife gone—turning into salt for disobediently looking back—he and his two daughters finally settle in a lonely mountain cave.

Neither daughters’ future grooms from Sodom had believed Lot when he warned them to flee because of God’s impending judgment, (Gen. 19:12-14). They died along with all the others.

So out of desperation, Lot’s daughters (who also adopted Sodom’s morals) stoop to manipulation and incest with their father to preserve their family line.

And both daughters become pregnant. The older daughter births Moab, while the younger daughter births Ben-Ammi. These two boys’ descendants would become two of Israel’s greatest enemies, the Moabites and the Ammonites. But interestingly, Ruth—David’s great-grandmother and ancestor of Jesus—was from Moab.

This section (verses 30-38) has similarities to Noah’s last days after his rescue from the flood.

Layman’s Bible Commentary observes: “In Noah’s case, he became drunk with wine and uncovered himself in the presence of his children. In both narratives, the act has grave consequences. Thus, at the close of the two great narratives of divine judgment—the flood and the destruction of Sodom—those who are saved from God’s wrath subsequently fall into a form of sin reminiscent of those who die in judgment. This is a common theme in the prophetic literature (Isaiah 56-66; Malachi 1).”

We are more apt to sin when we find ourselves in a desperate situation. 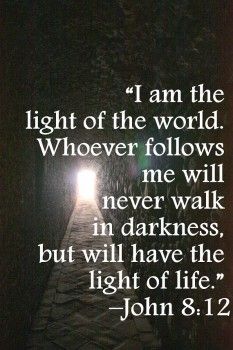 Jesus ~ The greatest gift of all!

But the great news is that God remedied our sin problem through the death and resurrection of His son, Jesus Christ. He stepped down from heaven’s glory into our dark, sinful world and offers us the gift of forgiveness and life (Romans 6:23), along with transformation of the heart.